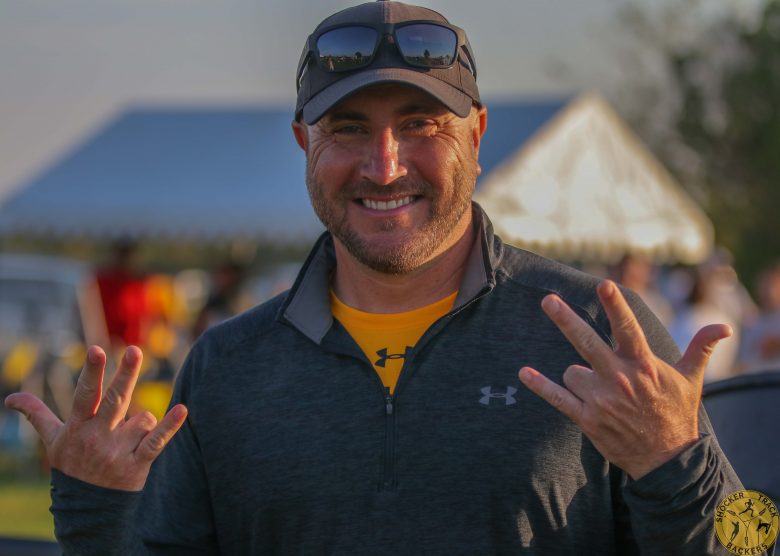 The most significant news that came out of WSU this week was how our Fall semester will be adjusted.  The new plan is to begin at our normal date in August, then cancel Fall break and then end in-person instruction by November 20 (Thanksgiving) with the remainder of the semester being competed online.  What does this mean for our Track & Field/Cross Country season?  Well, there is still plenty to figure out and we are just getting this info too.  Our staff will be meeting this week to determine more of a plan moving forward now that we have this new information.  We are told this adjustment shouldn’t have any impact on the cross country season and their championship will be prior to Thanksgiving break.  The most significant thing we, in the track and field world, will have to figure out is what we do with the end of the semester where we’ve typically had our Intrasquad Meet and banquet.  As soon as we figure that out I’ll be sure to let everyone know but I think it’s safe to assume anything we do will be before Thanksgiving and the student-athletes will have a much longer break than normal until we get back on campus in mid-January.  Currently, our campus continues to reopen and our athletes will begin to have limited access to our facilities soon.  We are have an online Zoom meeting with our team Wednesday to explain the process for them being able to workout on campus.  To read the president’s most recent letter to the university community with other details about the upcoming months go here … https://www.wichita.edu/about/COVID-19/announcements.php 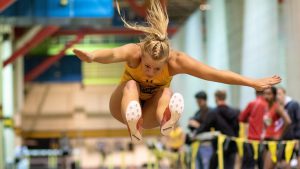 Kendra Henry and Rebekah Topham received the honor of being named to the CoSIDA All-Academic District Team.  Only 12 athletes from Colorado, Idaho, Kansas, Nebraska, New Mexico, Nevada, Oklahoma and Texas are named to this prestigious team and we had two of them!  Way to go ladies!  To read the full press release on GoShockers.com click here: https://goshockers.com/news/2020/5/29/track-and-field-kendra-henry-rebekah-topham-earn-academic-all-district-honors.aspx

This week would normally be the start of our annual Shocker Track and Field Summer Series, where we host small, fun meets for the community each Thursday evening.  With the NCAA lengthening the recruiting dead period until July 31, that eliminates any chance of us hosting meets on our campus with high school aged athletes.  A dead period in recruiting means that coaches can’t have any face to face interaction with potential recruits.  All we can do is talk to them on the phone, text, email, etc.  The summer series is always a lot of fun and the first opportunity for many young kids in Wichita to compete in track and field.  Hopefully it’ll be back up and running in 2021.

Last week’s question:  How many team championships has the WSU Track & Field/Cross Country program won in the program’s history? (MVC and AAC combined).

Here are all the conference championships in school history:

I will continue to keep everyone updated as best I can each week.  Feel free to reach out if you have any questions about our program and current situation!  We hope everyone is staying safe and being positive!

Thank you for your continued support of Wichita State Track & Field!  Go Shocks!