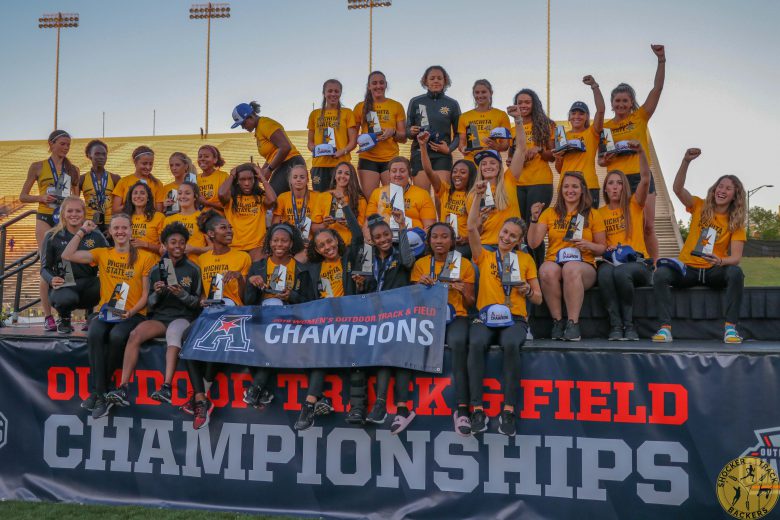 What a meet!  The Shocker women came out strong from the beginning Friday, continued that momentum Saturday and did plenty on Sunday to finish off the rest of the conference in earning the first AAC T&F Championship in school history. WSU held a comfortable lead throughout the meet and outdistanced second place Cincinnati by 19 points (126-107).  Four women won individual titles including Winny Koskei in the 10k, Kendra Henry in the Heptathlon, Rebekah Topham in the 3000m steeplechase and Kelsey Slawson in the Shot Put.  Beyond these champions it was a total team effort.  21 PRs and 5 WSU top-10s were added to the record books as the Shockers scored in 16 of the 21 events contested.  Great job ladies!  History made!

**SHOCKER MEN NARROWLY MISS MAKING HISTORY OF THEIR OWN**

Not many people outside of the Shocker T&F program gave our men a chance against the Houston Cougars (who finished second at the NCAA Indoor Championships).  After a solid first day the Shockers began to make their move on Day 2 and then midway through the final day it was apparent the meet would be close.  Heading into the final event WSU trailed Houston by only 2 points but an unfortunate injury in the 4×4 ended the hopes for a title.  Even though we lost, the Shocker men gained a ton of respect from their conference foes.  Champions crowned were Aaron True in the Javelin, Ben Johnson in the Decathlon, Rayvon Allen in the Long Jump, Mason Buckmaster in the High Jump and Zack Penrod in the 1500m.  Like the women it was a total team effort as WSU accumulated 31 new PRs and 3 top-10s.  Make sure to check out the attached document to see all of the incredible stats from the weekend for both the men and women! 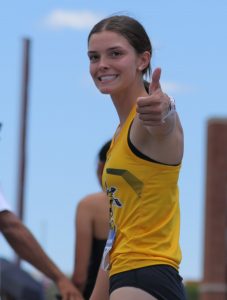